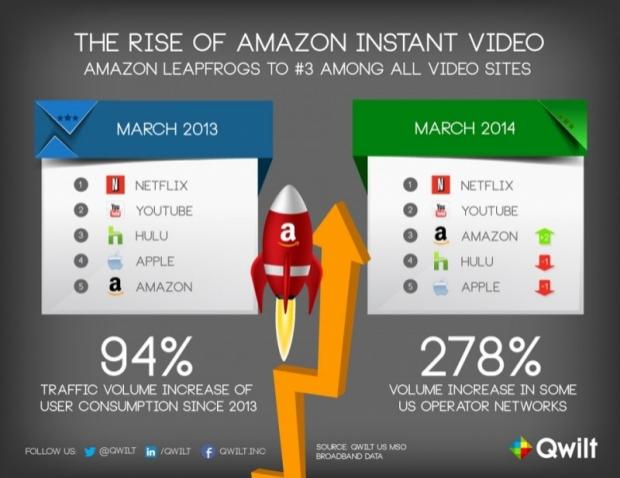 Qwilt, a video-delivery analysis company, has some data that shows that Amazon video streams have tripled in the past twelve months, pushing them from fifth place, to third. Netflix and YouTube are sitting in positions one and two, forcing Apple and Hulu lower down the video streaming ladder. Yahoo is rumored to be launching its own instant video service in the near future, with original programming. Microsoft is also putting its hat into the ring with the Xbox, so we should expect the video streaming space to really heat up.

But, Netflix has some incredible original shows under its belt with House of Cards and Orange is the New Black, so the competition has a heavy uphill battle if they want to fight against Kevin Spacey and some really tough women in jail, including the still-sexy Captain Janeway, or Red.