Kansas City Royals second baseman, Omar Infante experienced a sprained jaw after a wild pitch by Tampa Bay Rays' Heath Miller caught him in the face. Infante was able to walk away under his own power, albeit spitting blood. The Royals said Tuesday morning that Infante had suffered a "non-concussive head injury" that required six stitches. Infante will remain under evaluation for 48 hrs while the Royals decide whether ot not to put the second baseman on the 15 day DL. 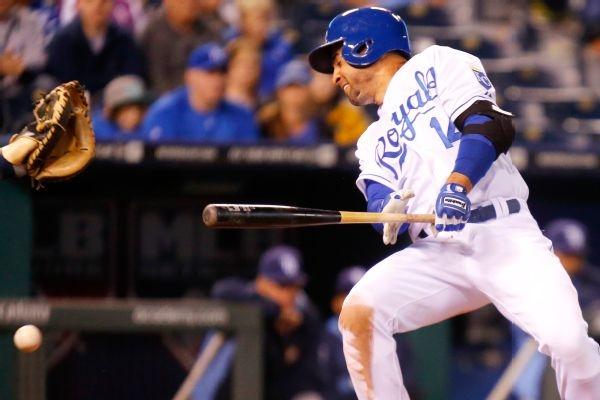 When asked about Infante, Royals manager Ned Yost replied "He was smoked. We're worried about a concussion, too. It shakes you for sure because it's a very ugly sound for somebody to be hit in the face, It was a cool night, but I noticed I broke out in a sweat real quick, so it definitely affected me. Of course, you have a lot of worry about it."