If you are on the road a lot and away from an outlet, it can be hard to keep your smartphone going. A battery backup is the answer for most people, but many of these battery backups are bulky and heavy making them difficult to take with you. A new combination charge cable and battery backup has debuted called the Revi Charger. 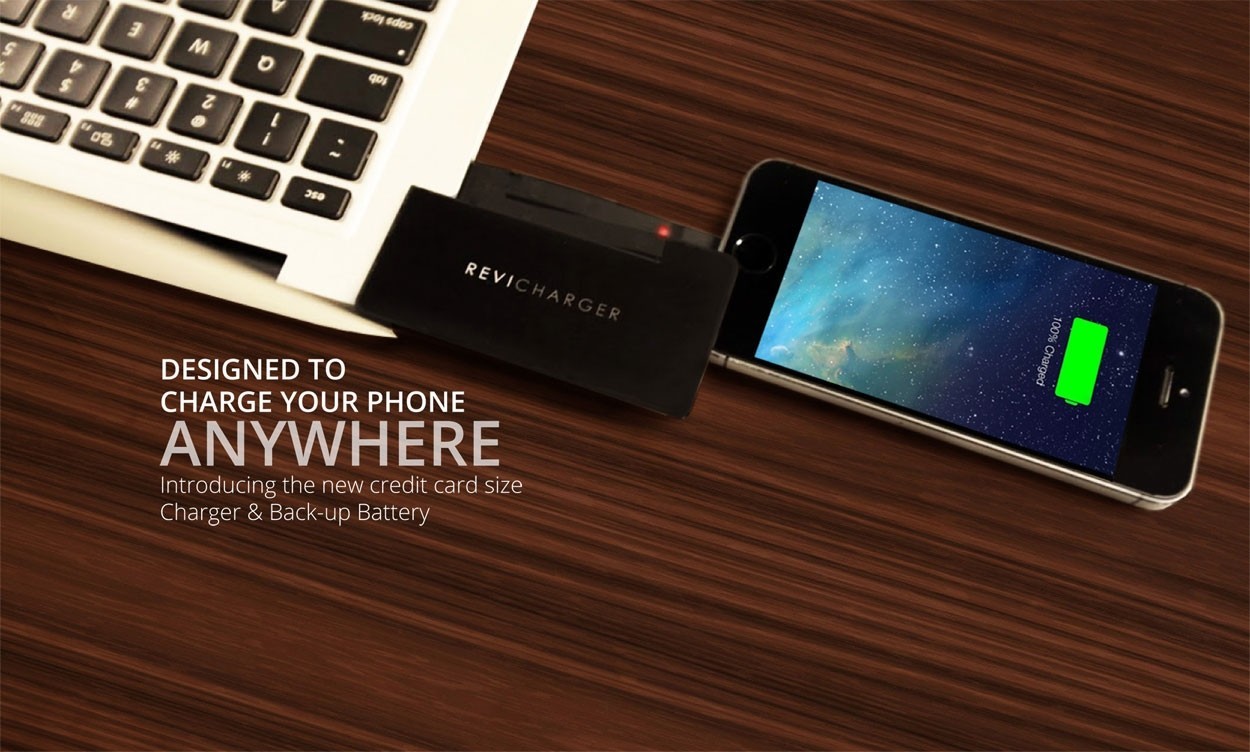 The device is compact and only 2.5mm thick. It has a u-shaped cable that has a USB connector on the bend for plugging into your computer and a microUSB port on the other end. That lets you connect your phone to the battery on the road and to the computer for charging when you are near an outlet.

The Revi Charger comes in two versions with the 2.5mm thick unit offering 550 mAh of power and weighing 1 ounce. The larger of the two has a 1440 mAh battery inside and is 7mm thick with a weight of 1.7 ounces. There is a version of the charger available for the iPhone 5. The 550 mAh unit sells for $25 for either version with the larger capacity version selling for $30 for either version with shipping early this summer.