During the Endure Baravia Triathlon in Western Australia, a camera drone was hacked, and then flown into the ground - but before it hit the ground, it reportedly struck an athlete. Some reports have said that the drone crashed near her, and she fell after becoming "startled" by the crashing drone. 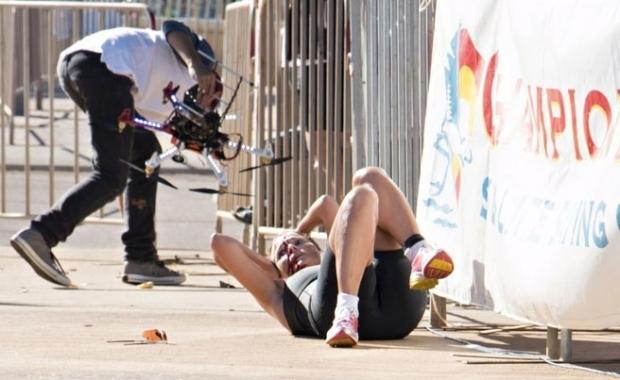 Just how was it hacked? The operator of the drone, New Era Photography and Film's Warren Abrams, said that someone had intentionally "channel hopped" the drone, which took control of it, and caused the drone to crash into the ground from the skies above. The bigger issue at hand, is that Abrams' company didn't have the certification to be commercially covering the race in the first place.