Three-time World Series champion David Ortiz, best known to the Fenway Faithful as "Big Papi," may have ruined it for everyone else wanting to take a 'selfie' with President Barack Obama. During a White House visit by the 2013 World Series Champion Boston Red Sox team, Ortiz took a picture with Obama which quickly went viral. 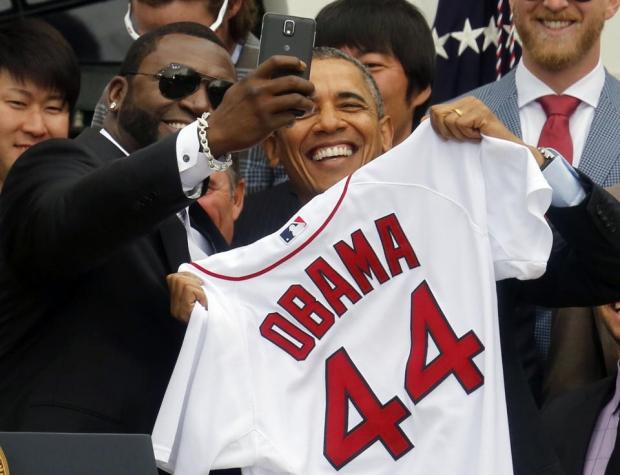 Ortiz, using his sponsored Samsung Galaxy Note 3 during the White House visit, initially had praise from Obama for the picture: "He wants to take a selfie! It's the Big Papi selfie."

However, after learning Samsung reportedly used the picture in marketing material, the White House wasn't pleased with Ortiz's tweet.

"Well, [President Obama] obviously didn't know anything about Samsung's connection to this," said Dan Pfeiffer, White House Senior Adviser, in an interview on "Face the Nation." "And perhaps this will be the end of all selfies."

Even the official MLB website features a "behind the scenes via @MLB" feature hosted by Ortiz. Regardless of what happens, and the strong words the White House may have had for Samsung, nothing significant is likely to happen.