After four months of searching, the Megalodon Easter egg in Battlefield 4 has been found. There's a video clip below where you can check it out, but the hunt has been on-going since December last year.

JackFrags, a YouTuber, explained why he thought the Megalodon Easter egg existed, where he believed the mythical shark was swimming in the waters of Paracel Storm, but couldn't find it. After the Naval Strike DLC was released, a new map called Nansha Strike was unveiled, where the Megalodon was found. 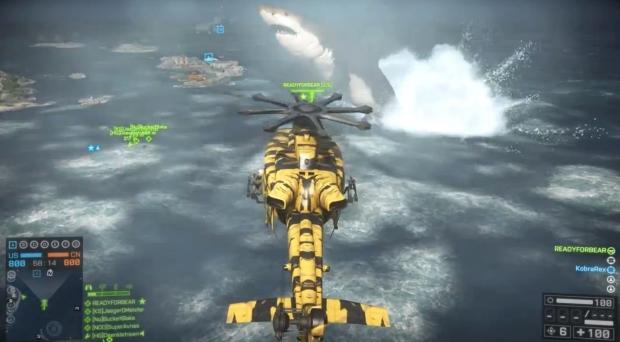