For those who don't know about the Amulet of Mara in the game Skyrim - like myself - it is a piece of jewelry that unlocks dialogue options within the game. One of these options allows you to marry characters in the game, but a real person has used this amulet in real life, to propose to his girlfriend. 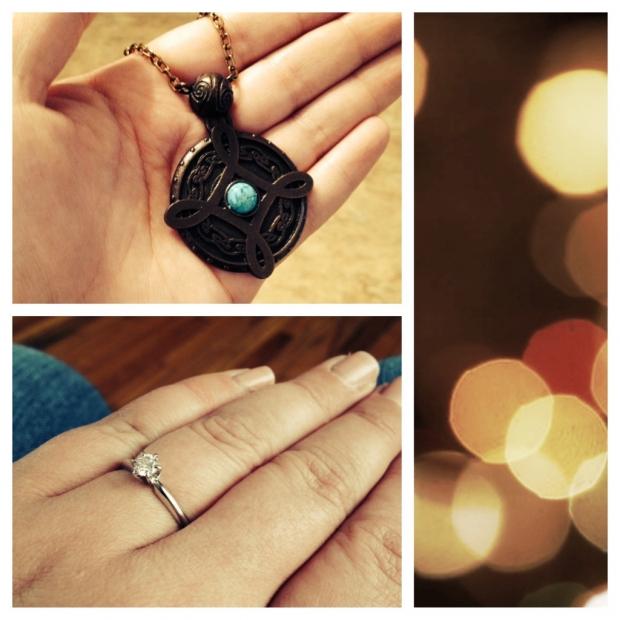 Sara Briody, the girlfriend that was proposed to by her boyfriend explained: "I introduced [my fiancée] to Skyrim - and he enjoys every minute of the game. I love watching him play because we both have very different game styles. We do play other multiplayer games together when we have the opportunity".

Briody continues: "He gave me the amulet and while I recognised what it was - it didn't really click as to WHAT it was. "I put it on and he started to smile from ear to ear. Then he said: 'Is that an Amulet of Mara? I'm surprised someone like you isn't spoken for.' Then it finally registered that he was proposing! He got down on one knee and slipped the ring on my finger".