Former women's MMA superstar Gina Carano says she will meet with UFC President Dana White to discuss a possible return to MMA following a four-year retirement. Since leaving the sport, Carano has focused on filming movies while the sport of women's MMA greatly accelerated, welcomed into the UFC for the first time. 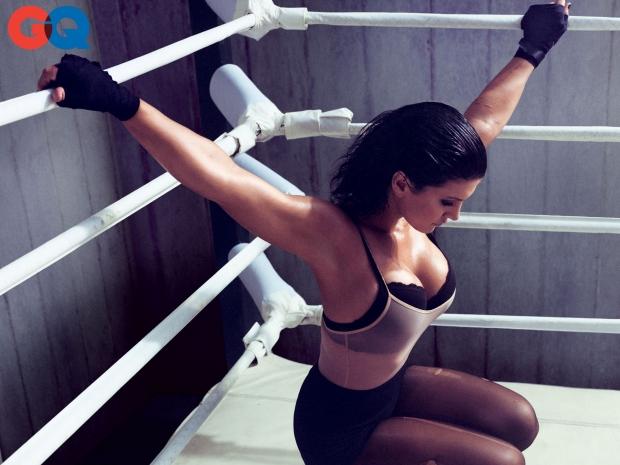 "I 100 percent (miss fighting)," Carano said recently during an interview. "There's not a workout I go through that I'm not fighting someone in my mind. It's never gone away."

Some fans hope to see Carano take a break from Hollywood and enter the cage again, while others believe it's just a clever marketing ploy. Carano's latest movie, "In the Blood," is now in theaters, and this is the best time to rile up MMA fans to get a boost in the ticket office.

Carano hasn't competed since losing in a Strikeforce women's featherweight championship fight to Cristiane "Cyborg" Santos - but is credited as an early pioneer for women's MMA.