Detroit Tigers infielder, Miguel Cabrera reached the 2,000 hit milestone today with a four hit day capped off with an 8th inning home run to left field. His 2,000th hit made him the ninth player in MLB history to reach the mark before his 31st birthday. when asked about the feat Cabrera responded saying: "I never expected I was going to hit 1,000 hits, I never expect something personal. I expect to go out there and ... try to find a way to help my teammates." 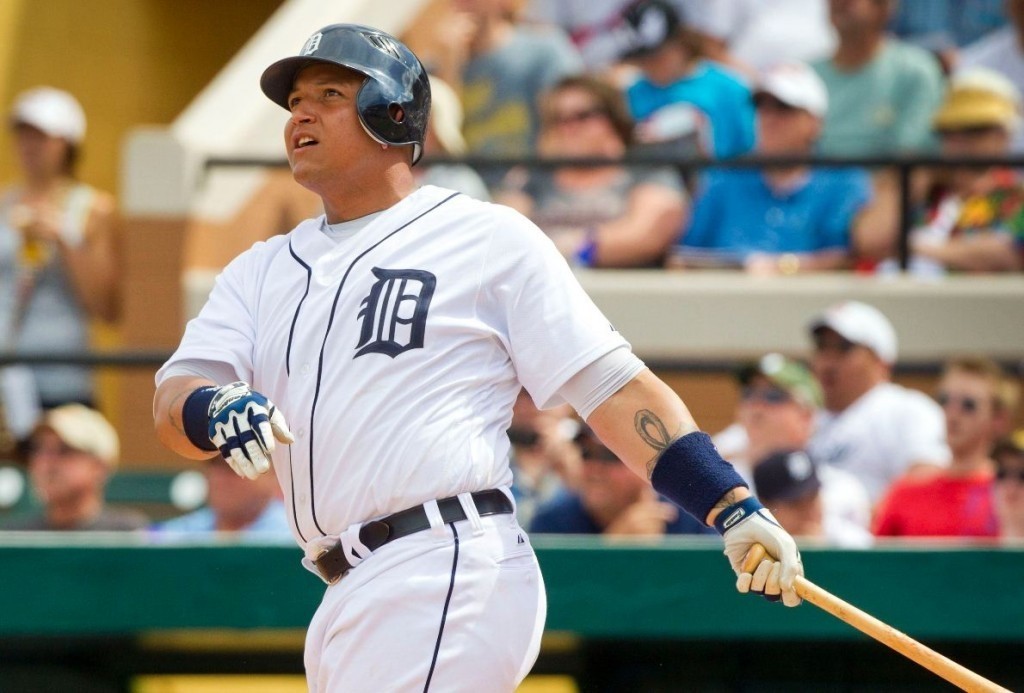 Manager Brad Ausmus went on to say:"What else can you say about Miguel as a hitter? Eventually you run out of adjectives, I've only been here for a short period of time, and I'm already running out of words to describe him."

The Tigers won their first two games against Kansas City, while the final game of the series was rained out causing Detroit to push back its starting rotation for today's game, giving Anibal Snachez the start. The Tigers are 3-0 to start the season.