After an unsuccessful effort to trade Chris Johnson this off-season, the Tennessee Titans have taken the last resort releasing the six season veteran. In Johnson's six seasons with the team he has rushed for 7,965 yards with 50 touchdowns and 14 fumbles. He is one of only six players to rush for at least 1,000 yards in each of their first six seasons in NFL history, with names like Barry Sanders, Curtis Martin, LaDainian Tomlinson, Eric Dickerson and Corey Dillon also on that list. 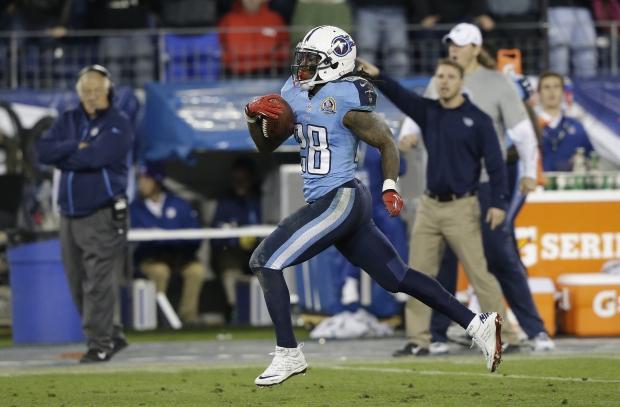 Johnson was scheduled to make $8 Million this season, but sinking production and a pricey contract led the Titans to release the RB. The Titans are expected to pick up a running back int he upcoming NFL draft to work with free agent pickup Dexter McCluster.

General Manager of the Titans, Ruston Webster said in a press release: "As an organization, we want to thank Chris for his contributions to the Titans, Chris produced many memorable moments, broke franchise records and was durable over his six-year career with our team."