Ever since Google opened up the Chromecast SDK to developers, support has been added to services and apps at a blazing pace, and today Rhapsody became the latest in a long line of recent additions to the $35 media streaming dongle. Today Rhapsody announced that it had updated its Android and iOS apps to now support Chromecast. 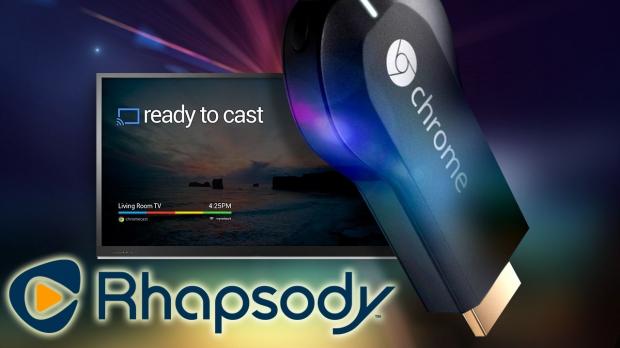 This meas that Google Chromecast users now have access to more than 32 million songs that Rhapsody holds in its collection. Chromecast support has also shown up in the Napster app which is owned by Rhapsody and used mostly in the UK. Today's announcement follows a similar release by Rhapsody's competitor Rdio earlier this week.