Casio has an interesting new projector that is a short throw until able to produce a big image from only a short distance away from the projection surface. That is a nice feature on its own, but the XJ-UT310WN projector has a cooler feature. This is one of the LampFree projectors that Casio makes and instead of using an expensive lamp to create the light that only last a few hundred hours, the light source in this projector is good for tens of thousands of hours. 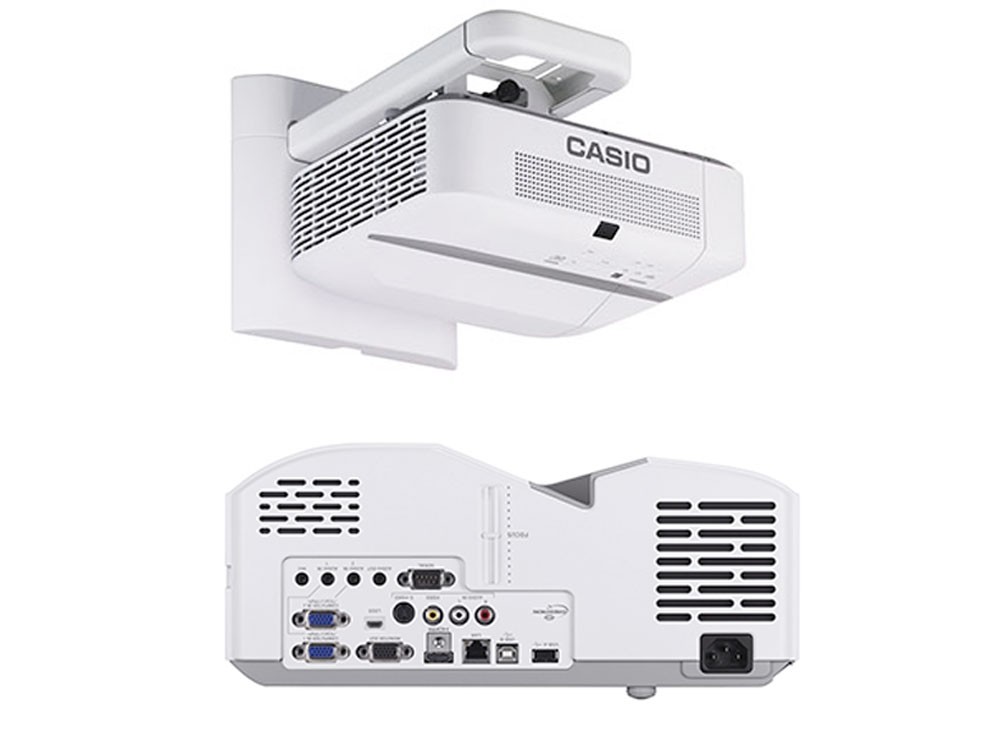 Casio's LampFree tech combines a LED, laser, and a florescent lamp to create a light source that is good for about 20,000 hours. Often these alternate light source projectors are too dim for some uses, but this new projector has 3100 lumens of brightness making it work in just about any setting. the native resolution is 1280 x 800 and the contrast ratio is 1800:1.

The short throw tech allows the projector to throw a 67-inch image from only 23-inches from the surface. Other features include 2GB of integrated storage for giving presentation without a PC. Connectivity options include HDMI, D-sub, and composite inputs. An available mobile app lets a presenter annotate images in real-time and supports a real-time web browser. Casio will ship the projector in Q3 2014 for $1999.99.