Microsoft is finally getting with the plan and realizing that manufacturers do not want to pay for the OS they install in their mobile devices. With free Android dominating the smartphone and tablet market-space, paying $100 or even $50 to install a less popular OS on the device you are manufacturing is a tough pill to swallow. During its keynote at the Build Conference, Microsoft announced that its Windows OS will be free for smartphones and tablets, but there is a catch. 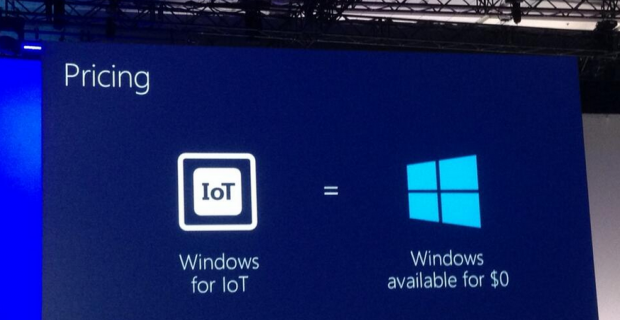 For smartphones the Windows Phone OS will be completely free, but only tablets under 9-inches will be eligible for the free version of the OS. Additionally, Microsoft said that it will release a free version of Windows that will power The Internet of Things in the future. It is still unclear weather ending OEM royalties on smartphones and small tablets will help improve Windows Phone and Surface adoption rates, but it is a step in the right direction.