Spotify has began rolling out a new update to its web, desktop and iOS versions of its streaming service that gives the music streaming app a whole new look as well as an awesome new feature. The new app ushers in a darker theme that utilizes new fonts, and icons which makes the app more uniform across all platforms.

Spotify has darkened its theme even more in an effort to make its content really "POP," and the new fonts were chosen because they are said to be more modern and pleasing to the eyes. Additionally a new Collections View allows users to manage and organize their own music collection. This is said to make finding and building playlist with users music much easier. This feature is similar to how Rdio works, and is something Spotify has been missing for a long time now. The update has yet to hit Android, but word is that it will arrive within the next few days. 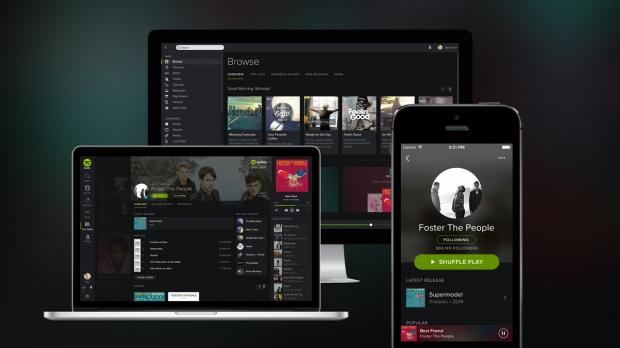