It hasn't been long since Samsung launched the Galaxy S5 smartphone, which is pictured here. Samsung has a history of launching smaller and cheaper versions of its popular device. The smartphone maker is doing just that and specs for the Galaxy S5 mini SM-G800 smartphone have leaked online. 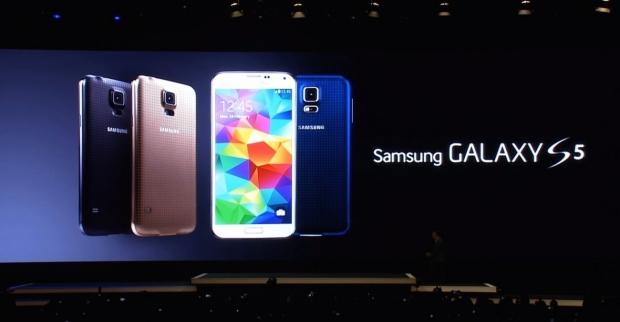 According to the leaked specs, the S5 mini will have a 4.5-inch Super AMOLED screen that has 720p resolution. The operating system for the smartphone will be Android 4.4 KitKat and it will use an unnamed Snapdragon processor.

Reports indicate that the processor is likely to be a Snapdragon 400. Other rumored specs include an 8MP rear camera, 2MP front, 1.5GB of RAM, and 16GB of storage. An IR blaster is built-in that should allow it to control a TV and power comes from a 2100 mAh internal battery.

The rumored specs don't say whether the S5 mini will be water-resistant like the S5 or not. The S5 has IP67 certification. One thing that isn't tipped in this new leak is exactly when the S5 mini will launch and how much it will cost. It will certainly be cheaper than the S5, but how much less we don't know.