phLast summer it was Samsung that got caught cheating the system when it came to 3DMark benchmark scores, and it appears that HTC has now decided to follow a similar path with its new HTC One M8. 3DMark has delisted the new phone from its ranking system after research and testing was conducted by AnandTech that proved the M8 was falsely bumping performance when publicly available benchmarks were ran. 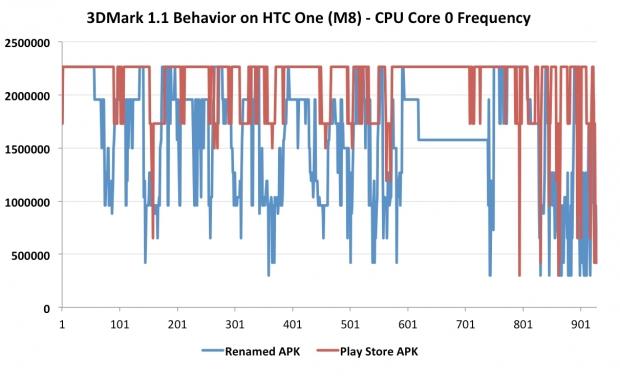 HTC was caught by a version of 3DMark that is not available to the public but otherwise identical to the public version showed results that were 15-percent lower than those ran on the detectable public version of the benchmark. This means that HTC is boosting performance when it detects 3DMark is running. This is a direct violation of Futuremark's rules and as such, it pulled all results from its 3DMark website.