GTC 2014 - One of the more impressive setups at this year's GPU Technology Conference was from Origin PC, where the custom PC maker had one of its Genesis PCs on display running 4-way GeForce GTX Titan Black GPUs in SLI. 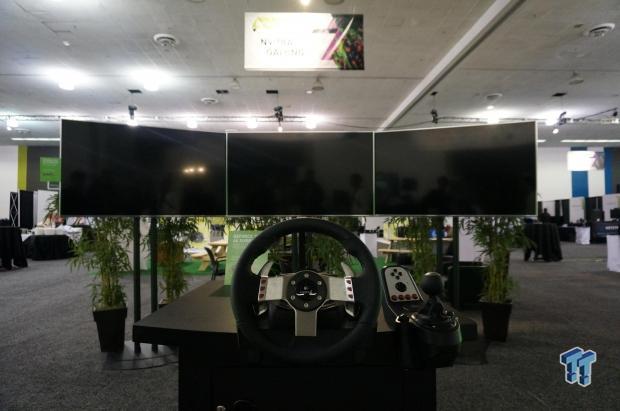 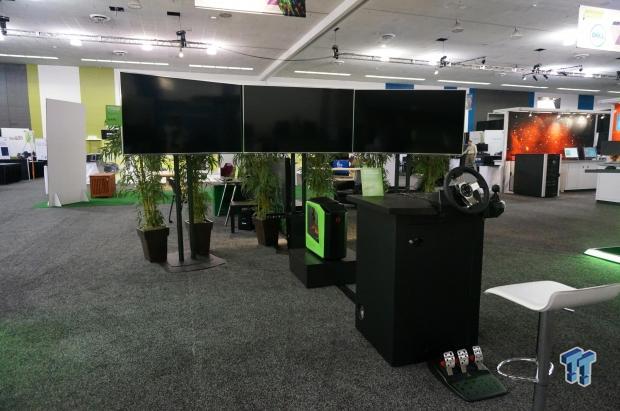 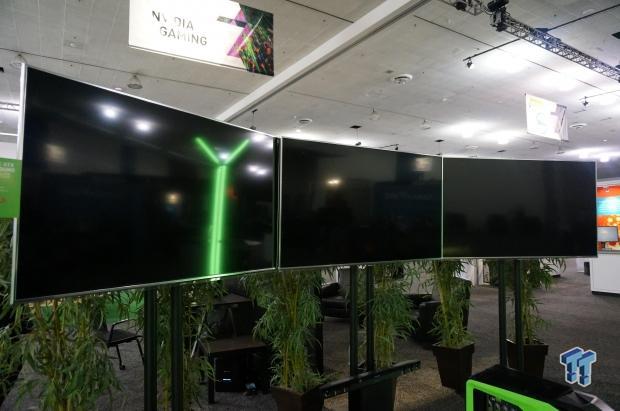 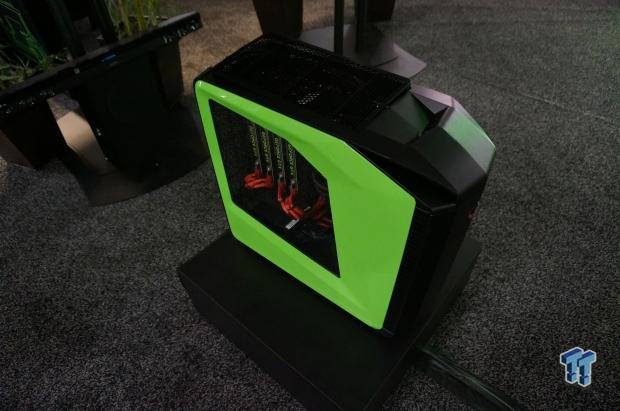 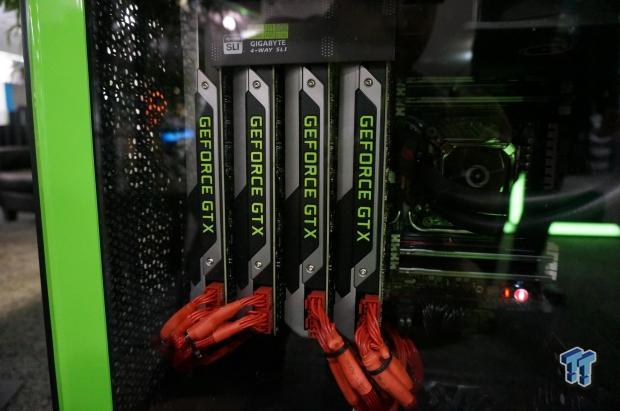 What good are all four of those GPUs if there's not going to be an insane amount of pixels to be pushed, right? Well, are three 4K TVs enough? Yeah - I thought so. The Origin PC Genesis system was pushing out an insane 1.5 billion pixels per second, running Slightly Mad Studios' Project CARS. I didn't get any hands-on time with it unfortunately, but we'll let some of the photos of the setup do some justice. 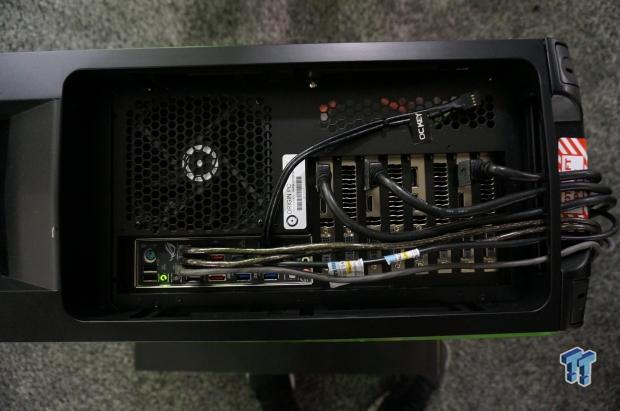 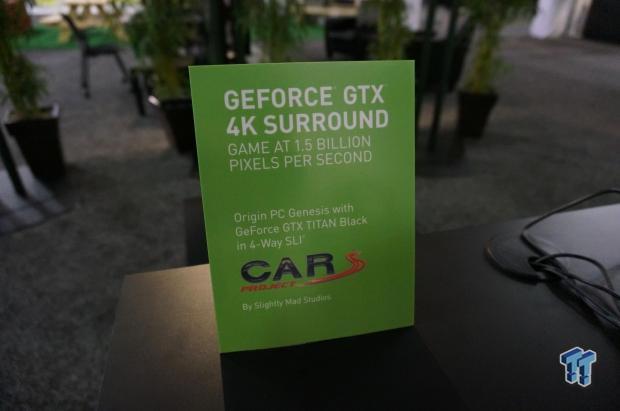