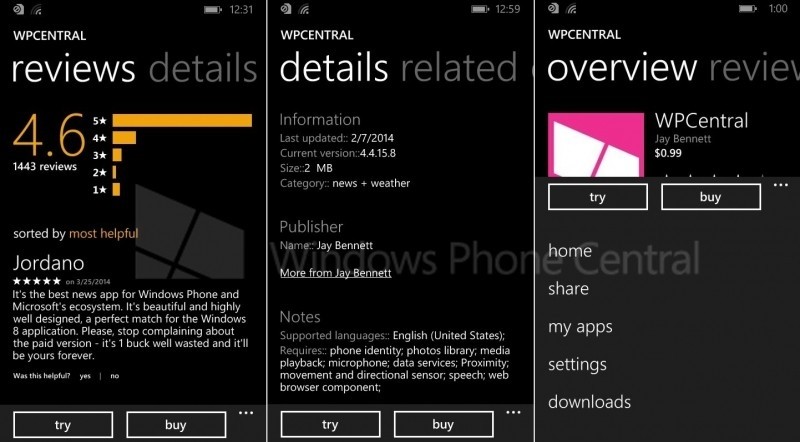 A new "Featured" tab will display apps that have been custom recommended for you based on your previous app downloads, while a new "Quick Links" section will serve up a list of categories that neatly organizes apps in an easily navigable list such as featured apps, games, and top paid and free apps. App pages have also been redesigned to better display the apps features, comments, and updates. Finally, the Windows Phone Store will now have dedicated sections that will allow users to check for updates, view active downloads, and more.