Turkey has just issued a complete and total ban on Google's video hosting service, YouTube. Earlier today a Google spokes person issued a statement that read, "We're seeing reports that some users are not able to access YouTube in Turkey. There is no technical issue on our side and we're looking into the situation." Just hours later Turkish authorities said that an "administrative decision" was made to block the site from being viewed within its boarders. 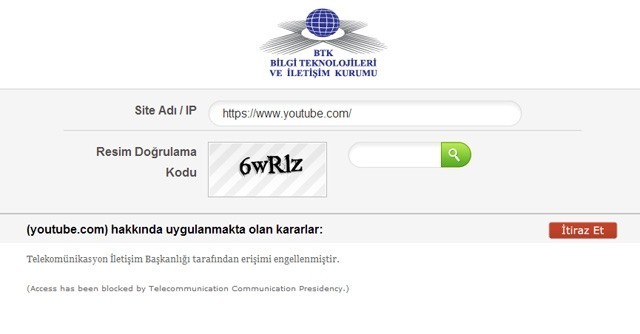 This move comes just days after Turkey issued a ban on Twitter, which was later blocked by an injunction from a Turkish court. Some are speculating that the ban on YouTube is in retaliation to the the courts injunction, while others say that it is just the beginning of a movement to ban most western social sharing sites. With net neutrality a growing concern here in the US, a lot can be learned by these events, and allowing government regulations to take over the internet.