During this morning's HTC One M8 launch event, HTC talked in-depth about several of the new features that make the HTC One M8 stand out from the crowd. Not once though, did we hear any mention of the device being waterproof. This does not mean that it is not waterproof though, and a new video seems to indicate that the device is able to withstand submersion for more than an hour and still remain fully functional.

The video was posted to YouTube by TechSmartt, and it shows the author filling a bowl with water and then leaving the HTC One M8 submerged for well over an hour. The phone was turned on during the entire submersion, and it appears to not have suffered any damage from water entry into the device. While there is no official word on the phone being waterproof or water resistant, this video seems to show that it is in fact waterproof. While I would not go dunking my brand new M8 into the drink anytime soon, but I now feel more comfortable about accidental spills. 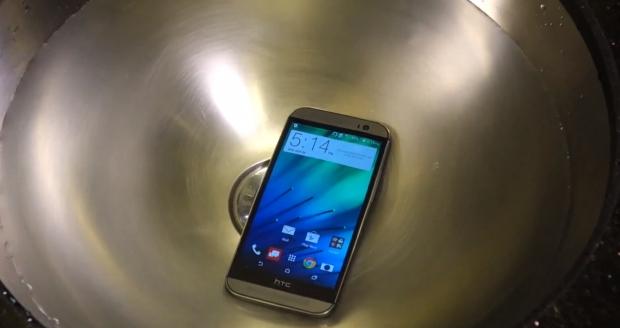