GTC 2014 - NVIDIA has just unveiled its next-generation mobile system-on-a-chip (SoC), Erista. What makes Erista an important step, is the incredible power that NVIDIA have baked into the mobile chip. 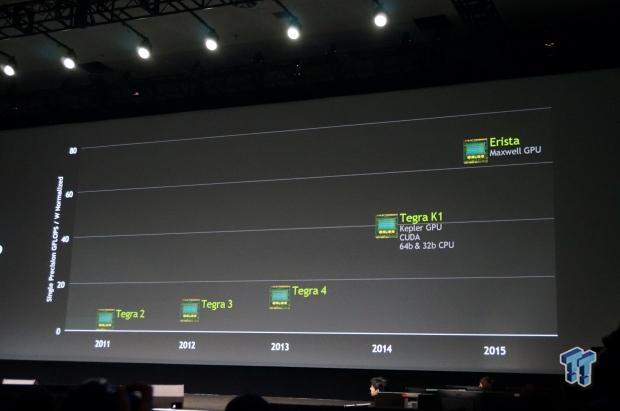 Erista isn't coming until 2015, but it will be based on the company's Maxwell architecture, which is the technology powering its next-gen GPUs on the desktop. Right now, we have Tegra K1 right around the corner, which is based on the Kepler architecture, and has around 40 GFLOPS of performance, but Erista drives that up to around 65-70 GFLOPS. We should hopefully hear more on that as 2014 comes to a close.