If you frequent Starbucks, the purveyor of high price coffee and snacks, you might be a user of the company's mobile app. Starbucks has issued an update to that app for iPhone users that adds in digital tipping options. That means that users can now give a tip to their server without having to dig in a wallet. 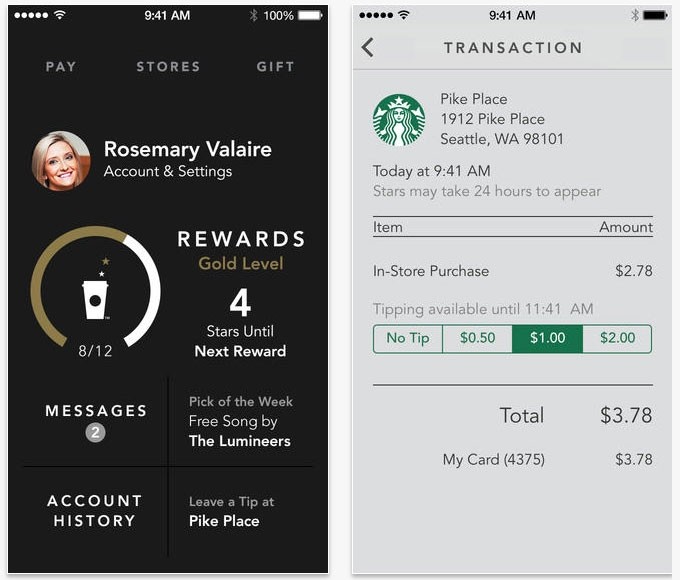 The only catch is that the user has to be based in the US. Along with the update adding in digital tipping also comes a makeover with a new look. The app also now has a shake feature that lets the user shake their phone to get the barcode to scan for mobile payment.

Other new features include access to a history of purchases, earned Starbucks Stars, and rewards that you have used. That will come in handy if you thought you had a reward and can't remember using it. The app is a big deal for Starbucks, 14% of all purchases made in the store are completed using the mobile app. the last time the coffee firm offered stats was in July of last year, digital sales via the app accounted for 10% of its sales at the time.