I've been using a Pebble smartwatch for months now and I really like it. It's a great way to see who is calling me when I am driving or check texts without having to dig my smartphone out of my pocket. It's also a great way to silence the annoying calls I don't want to take while behind the wheel. 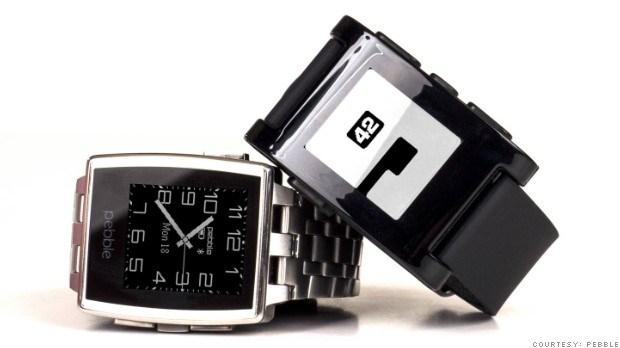 It doesn't have many fancy features like some other devices on the market, but it was inexpensive and works very well for what it is. Pebble reportedly sold 400,000 units last year making it one of the most popular smartwatches out there. The company is also on track to double revenue in 2014.

Pebble is estimated to have made about $60 million during that time frame. Pebble also counts over 1000 apps for the smartwatch available and 12000 registered developers with more on the way. The Pebble smartwatch first turned up on Kickstarter and raised a huge chunk of money there, much more than it was looking for. The company raised $10.3 million on Kickstarter, about 100 times more than it needed. The company got another $26 million form angel investors.