DICE has just released the official trailer for Battlefield 4's upcoming Naval Strike Expansion, and WOW was it worth the wait. Naval Strike brings in four new maps, a new game mode, and a new vehicle plus a treasure trove of new weapons, assignments, and achievements to Battlefield 4. Perhaps the biggest addition is the new Carrier Assault game mode which is reminiscent of the old Titan Mode found in Battlefield 2142.

The trailer above illustrates the new maps well, and we can even see that some ancient cannons are able to be fired from some of the map's fortresses. Only in battlefield are you able to take down a modern fighter jet with a historic cannon! Naval Strike is expected to drop next week for Battlefield 4 Premium subscribers, and two weeks later, arrive to the rest of Battlefield 4 players. 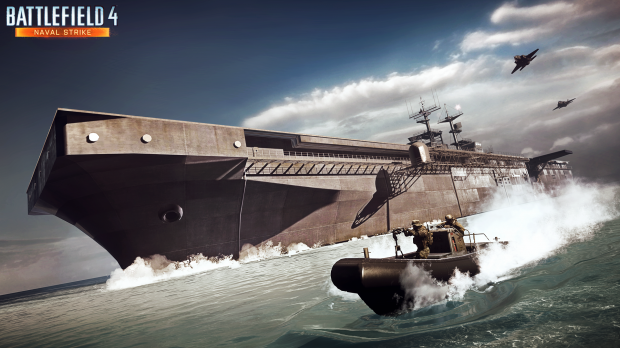