Back in 2012, Red Bull sponsored a daredevil named Felix Baumgartner and his quest to skydive from the edge of space. Felix jumped from a special capsule wearing a space suit at an altitude of around 120,000 feet. The mission was a success and Felix made it to the ground unscathed. 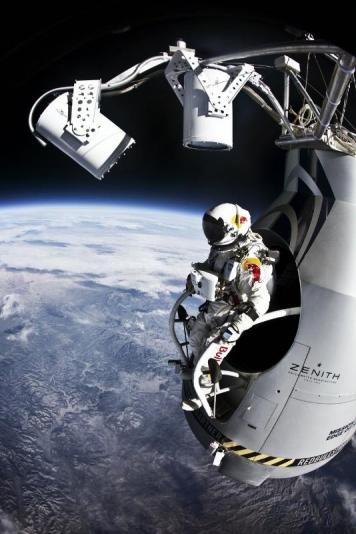 In the process, he became the first person to break the speed of sound without an aircraft. What scientist learned during the freefall will also help them to design systems that may make high-altitude escape more survivable for astronauts and pilots in the future.

Recently Red Bull announced that the space suit worn by Baumgartner and the Stratos capsule would become part of the permanent collection at The Smithsonian. The artifacts will be part of the Red Bull Stratos: Mission to the Edge of Space exhibit.

It will eventually be placed in the Steven F. Udvar-Hazy Center along with the Space Shuttle Discovery and a NASA Android. The space suit worn by Baumgartner and the capsule are certainly worthy of inclusion in the museum.