Last summer we took our first look at an ASUS Republic of Gamers notebook computer. The machine we tested was an ASUS ROG G750JX unit. ASUS has announced that it is adding in some new models to that G750 line. The new models include the G750JZ, G750JM, and G750JS. 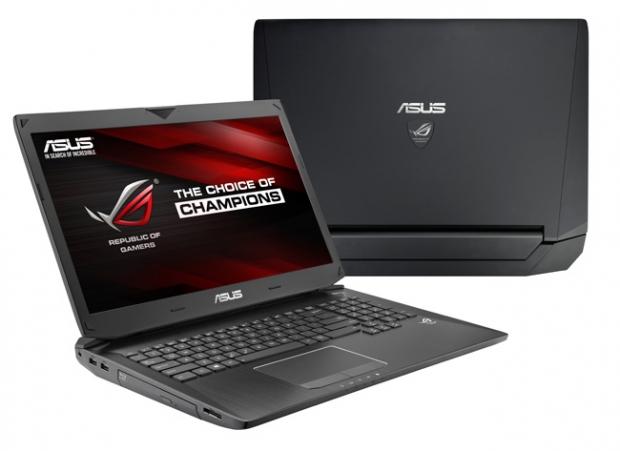 All three of the machines are very similar and look just like the notebook we tested last year. In fact, ASUS only tells us the common features the machines have. We know that the series will use NVIDIA GTX 800M series GPUs. I suspect that which GPU is inside is most of the difference between the three models.

Buyers will be able to get the machines with up to the NVIDIA GeForce GTX 880M GPU inside. That GPU has 4GB of GDDR5 RAM and was announced earlier this month. The notebooks will also use fourth generation Core i7 processors, likely to be another differentiating factor between the three models.

ASUS equips the machines with TurboMaster tech to overclock the GPU and CPU automatically. The notebooks also have Killer wireless tech inside and a backlit keyboard. A multi-touch trackpad is also included that supports gestures. Pricing and availability on the notebooks is unannounced.