Facebook has said that it has developed facial recognition technology that is capable of telling the difference of two people in side-by-side photos, a technology that is so good, that it is getting very close to replicating human abilities. 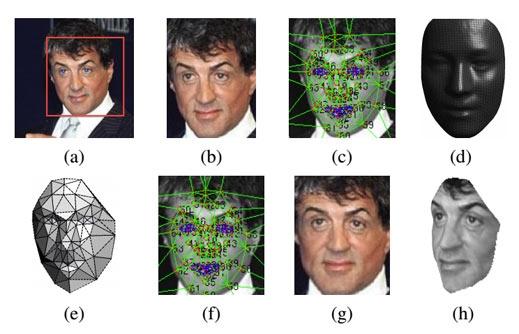 The social network has dubbed it DeepFace, and according to the company it's 97.25% accurate, which is a shave from the 97.5% accuracy that humans score on average, in the same standardized test. In order to do that, the technology maps out 3D facial features, after which is makes a flat model that is filtered by color to characterize specific facial elements.

Facebook says it has also taken 4.4 million labeled faces from 4,030 different people on its network to help its system learn. DeepFace won't end up on Facebook right away, instead the social networko is releasing it ahead of presenting it at the IEEE Conference on Computer Vision and Pattern Recognition this June, so that it can get some feedback from the research community.