Time-lapse videos of nature are one of my favorite genres of internet video to watch, especially when shot the right way. A new video released recently by Project Yosemite is just the type of time-lapse that I love. The video features expansive views from deep within Yosemite National Park during both the day and the night. Breathtaking shots of the Sierra Nevada mountain range framed by a very bright and sharp Milky Way take this video above and beyond. 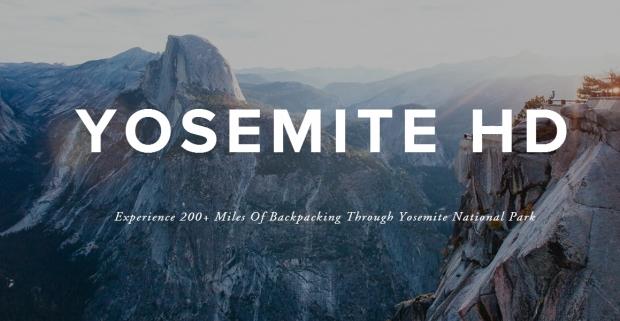 Project Yosemite is a coloration between Colin Delehanty and Sheldon Neill, two videographers who met through Vimeo that decided to shoot the undeniable beauty that is Yosemite National Park. The videos are a compilation of more than 45 days spread over ten months of work to generate the five minute video. The pair hiked over 200 miles to get the shots seen in the video and had to carry more than 70lbs of camera gear with them. The video below is simply amazing. I highly recommend setting it to HD, cranking up the sound and going full screen when viewing it for the first time.

"The best known places in Yosemite National Park are located in Yosemite Valley. When you drive into the valley, sheer granite monoliths tower overhead and waterfalls cascade thousands of feet down to the valley floor. From Glacier Point and other stations along the rim of the valley, you can see deep into the Sierra Nevada. In our video, you can see locations like the Cathedral Range at sunrise, dotting the horizon with jagged edges... It takes a lot of work to get to most of the locations we shoot. In total, we've hiked more than 200 miles to capture our footage with packs that weigh an average of 70 lbs."

A shorter four minute version is on Vimeo as well and it is no less spectacular than the first. Do you know of any other amazing time-lapse videos that are breathtaking? Share them in the comments below!