Russian President Vladimir Putin hand-picked Dmitry Kiselyov to be the head of Russia Today, with the news anchor appearing on the show on Sunday saying that Russia could "turn the US into radioactive dust."

Kiselyov made the statement on state-controlled Rossiya 1 TV, with the broadcasting going out shortly after the polls of the Crimean peninsula showed that 95% of people wanted to leave Ukraine, and become part of Russia. Kiselyov then talked about Russia's "dead hand" defense system, where he said: "Even if people in all our command posts after an enemy atomic attack cannot be contacted, the system will automatically fire our missiles from mines and submarines in the right direction," right as an image of a Russian missile headed toward the United States appeared on the screen.

Kiselyov has been referred to as "the Glenn Beck of Russia" and seems to not believe in a free and objective press: "I understood that objective journalism, distilled, is absolutely not in demand." 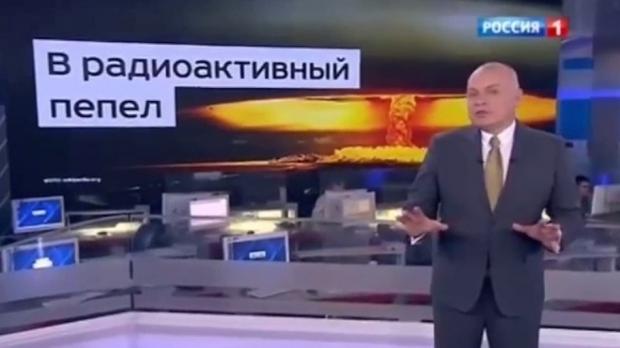