A listing of rental options on the PlayStation Store hints that Sony is working on a way to rent games. Many NeoGAF members also posted the photos and screenshots of a 'Catherine PS Now' rental listing on their account management page, which confirms that Sony will implement rental plans via its PlayStation store. 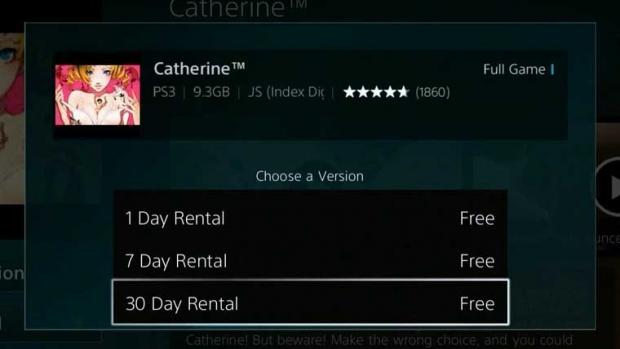 Below the title, it shows an option of '1 Day rental', '7 day rental' and '30 day rental'. Rental pricing for Bioshock Infinite, Far Cry 3, The last of us and Unchartered 3 was found.

At the same time, an update was found in Gaikai website which indicated PlayStation's upcoming PlayStation Now service that will also allow its users to stream PlayStation games. Gaikai was acquired by Sony in July 2012 for $380 Million.