AT&T has been working on an acquisition of Leap Wireless for a while. Leap is a pre paid carrier favored by mobile users that don't like contracts. AT&T's purchase will cost it $1.2 billion and the FCC gave the deal the green light this week. 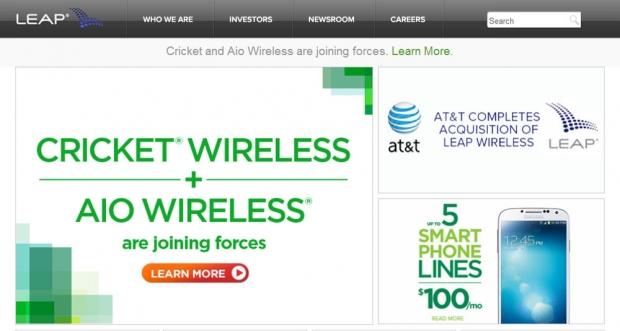 Leap Wireless is also the owner of the Cricket brand of devices and service. The deal was first announced in July 2013 and no objections were raised by the DOJ against the deal. That meant all that AT&T needed was FCC approval.

The FCC had initially said that the deal raised concerns about competition in the marketplace. However, the FCC later decided that any concerns about reduced competition were offset by AT&T's plans to roll out LTE services on spectrum that Leap is currently using.

AT&T also plans to sell off spectrum it has in certain markets. AT&T has also agreed to LTE service in six markets in South Texas in the next 18 months. AT&T also promised to offer trade-in programs for Leap users before it phases out CDMA coverage on the network. The deal officially closed Thursday of this week.