Almost everyone with a smartphone has taken a selfie at some point and Apple is looking to make the process even easier with the creation of a new section in the iTunes App Store geared specifically towards selfie apps. The section will be filled with apps such as Snapchat, Justin Bieber's Shots, and much more. 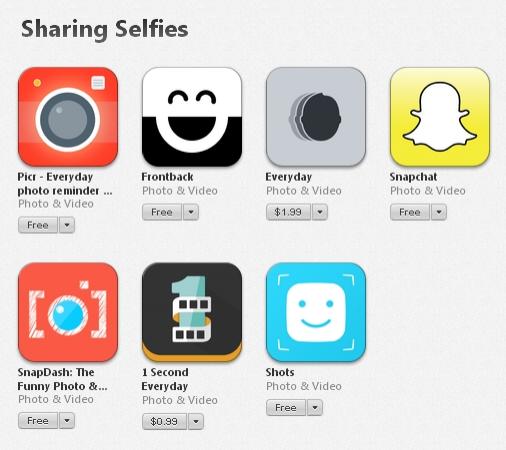 I had no idea that there were even apps in existance that were geared toward selfie image generation except for Snapchat, and I consider that more of a photo messaging app than anything else. This past year, the word Selfie gained notoriety when it was officially added to the Oxford Dictionary which had the following to say on the words addition. "If it is good enough for the Obamas or the pope, then it is good enough for Word of the Year."