EA seems to be trying to keep Battlefield 4 in the news for all the wrong reasons. Its bad enough that gamers have to pay for a game that is known to have multiple issues despite getting series of fixes and patches along the way, but the company decides to rub salt into its fan's wounds by adding advertisements. 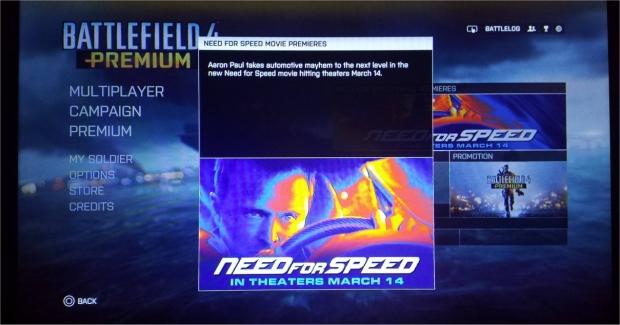 EA did use many of its titles to push advertisements: Madden, NHL, FIFA and many racing game franchises through in-game-stadium billboards, banners and even on the loading & home screens.

Battlefield 4 has been in the news more than once for bad reasons, even to a point that the game is deemed as 'broken'. Hosting ads does not help its existing Battlefield fans. It is also speculated that this decision was made as EA ditched online passes.