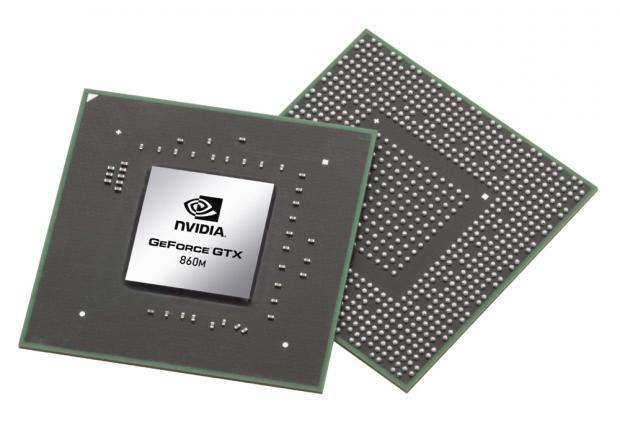 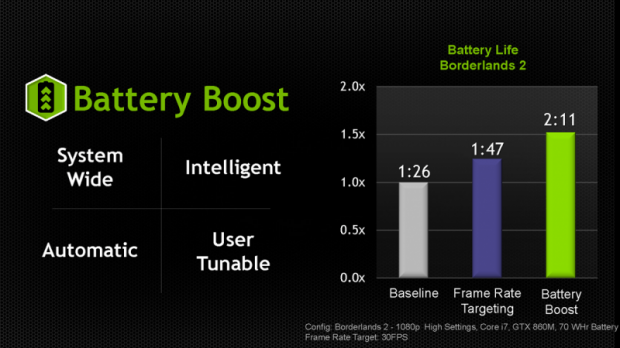 NVIDIA implemented a feature called Batter Boost which activates itself whenever a game is running on the notebook. It enables users to lock to a particular frame rate. Once the setting is done, Battery Boost controls the notebook's CPU, GPU and memory systems to ensure the fixed frame rate is maintained by preventing components more power than its required.

Notebooks will also have ShadowPlay which allows gamers to record in-game gameplay without any performance impact and broadcast it via twitch.GameStream will allow gamers to stream their gameplay from their notebook to a GameStream compatible unit such as NVIDIA's own Shield.