Today Tribute Games took to the PlayStation blog to announce that its highly-anticipated game Mercenary Kings is headed for the PlayStation 4 with the official release taking plan on April 1, 2014. The game will be available in the PlayStation Store for download, but no mention of pricing was made. 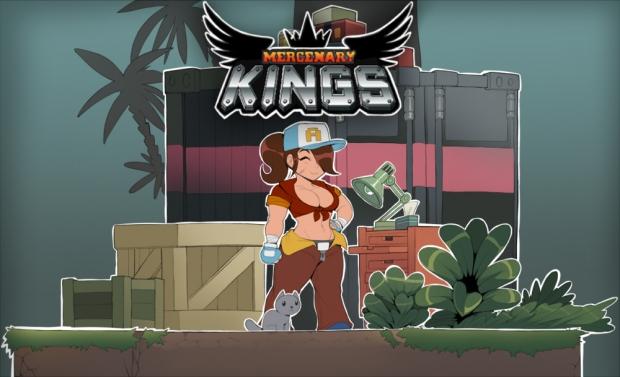 Mercenary Kings is a side-scrolling shooter that takes players on and action packed adventure on the island of Mandragora. "In this action-packed adventure, you must choose between Empress and King, two members of the elite squad known as the Mercenary Kings! Dropped on Mandragora Island, you're tasked with one mission: rescue the brilliant Dr. James Neil from the forces of C.L.A.W. (Cyber Loyalist Active Weapons) and prevent them from using the Mandrake Formula to conquer the globe," said Yannick Belzil of Tribute Games.