Its been just a week since we first told you about a program that turns torrenting into something akin to Netflix, and just seven days later the Popcorn Time's installer has been taken down from Mega over violations of the company's Terms of Service. That's right, it appears that Kim Dotcom's Mega has decided to distance itself from one of the easiest to use torrenting programs ever to hit the internet. 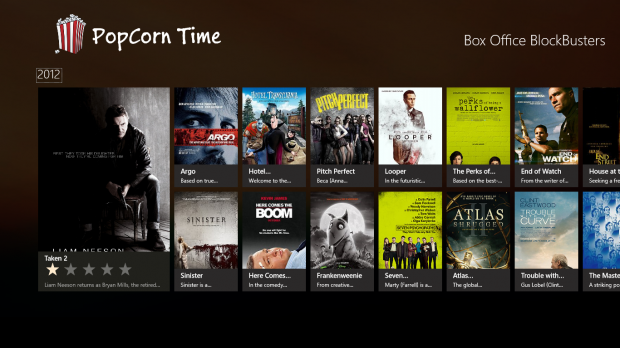 Popcorn Time is a program that lets users search for popular movies from within a very user friendly interface and then download them via Bit-torrenting software leading many to call the program the Netflix for pirated movies. The project is open source though which means that it will most likely never go away, and will almost certainly move to torrent-based distribution.