In the world of 3D printing, several companies offer printers that are aimed at being used in the home and office. One of the most well known is MakerBot. The company has announced that its latest 3D printer called the MakerBot Replicator Z18 is now available for pre-order. 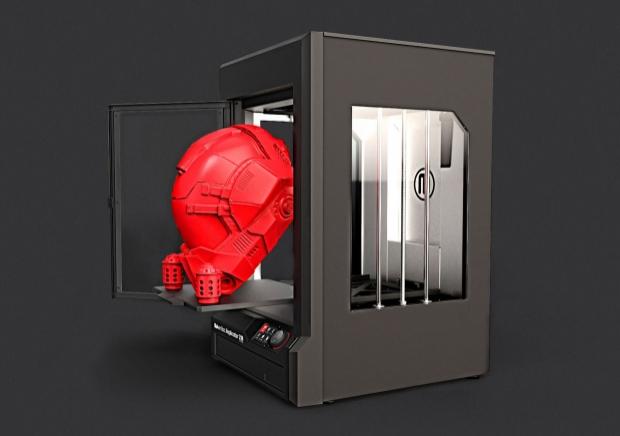 The printer is the largest that the company sells with a build volume of 12" L x 12" W x 18" H. The printer is far from cheap at right under $6500. While pre-orders are going right now, MakerBot is not saying exactly when the printer will ship.

The ship date is still listed as a vague "this spring." Along with pre-orders for the printer, accessories to go with it are also available. The accessories include a cart and a filament case.

The cart gives you somewhere to put the 3D printer and sells for $1250. The Filament Case is designed to hold XL and XXL rolls of filament to keep the printer from running out when making large items.