During CES 2014 back in January LaCie showed off a number of new storage products. Among the new products was the impressively fast Little Big Disk Thunderbolt 2 drive. During the show, most of the specifications for the drive were announced. 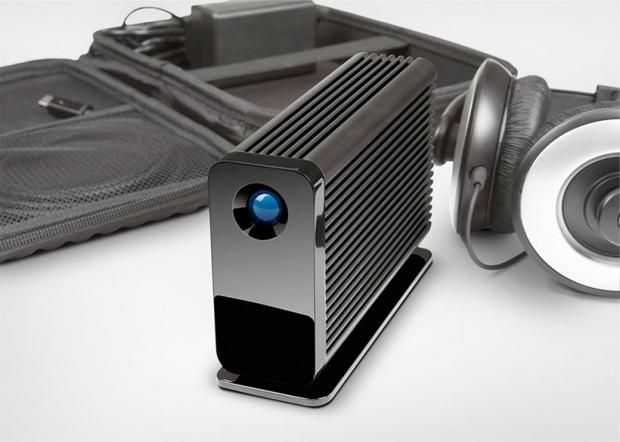 What wasn't announced at the show was when people could buy the drive and how much it would cost. LaCie has announced today that the LBD Thunderbolt 2 is now available to purchase. As you might expect for any drive promising performance in the area of 1375 MB/s, the LaCie drive is not cheap.

The Little Big Disk Thunderbolt 2 drive with 1TB of storage inside sells for $1299.99. Inside the single enclosure are a pair of 500GB SSD drives. If the performance offered by a single LBD isn't enough, you can daisy chain two of them for even more performance

LaCie says that when two of the drives are daisy chained with a MacBook Pro, users can get up to 2600 MB/s of performance. At the speeds the drive is capable of 300GB of 4K footage can be transferred in three minutes.