Easter eggs being hidden in video games its a long standing tradition in the programming world, but it is apparently becoming popular in the music world as well. Dubstep super star, Skrillex, has hidden his entire new album inside a new mobile video game called Alien Ride. The game is available for download on both the Google Play Store and in the iTunes App store, and yes you do have to play through the game to unlock all 11 of the tracks. 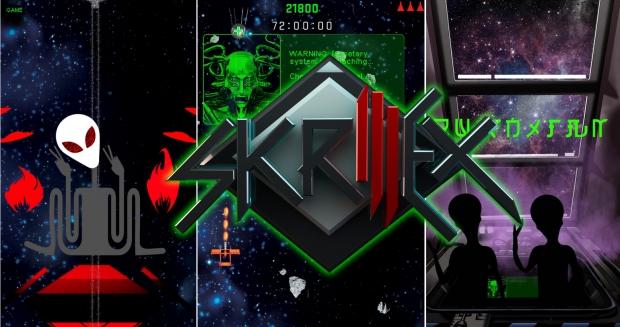 Recess is Skrillex's first album since his massively popular 2011 hit, Bangarang, the album many credit for making Dubstep popular with today's club scene. Unfortunately there is no mention of Skrillex on the Game or in its credits, but Skrillex is taking credit for the beats that get unlocked. Now all we need is a Flappy Bird clone that plays to a new Deadmau5 album and my life will be complete!