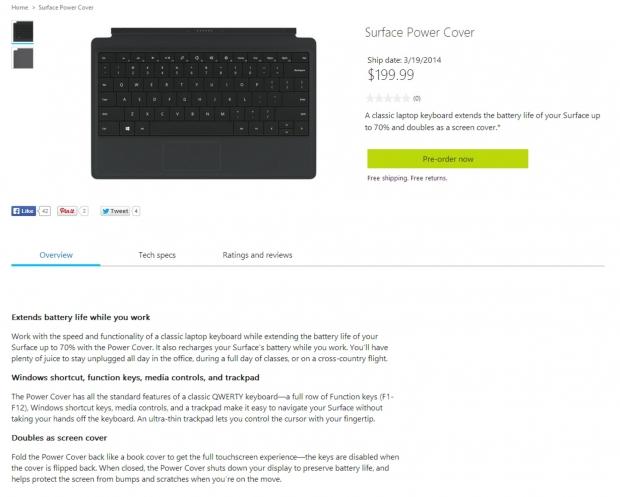 The new Power Cover keyboard is a Type Cover variant, priced at $200, but didn't get launched with the new Surface slates last year. Microsoft is promising a huge 70% extra battery life with the Power Cover for its Surface Pro, Surface Pro 2 and RT-based Surface 2 tablets. It might seem expensive, but it does have dual abilities: being a physical keyboard, and extra battery life.