HTC is expected to unveil the successor to its One smartphone on March 25, but between now and then, we can take a look at a new leaked photo of its upcoming new accessory - a beautiful, yet strange new cover. 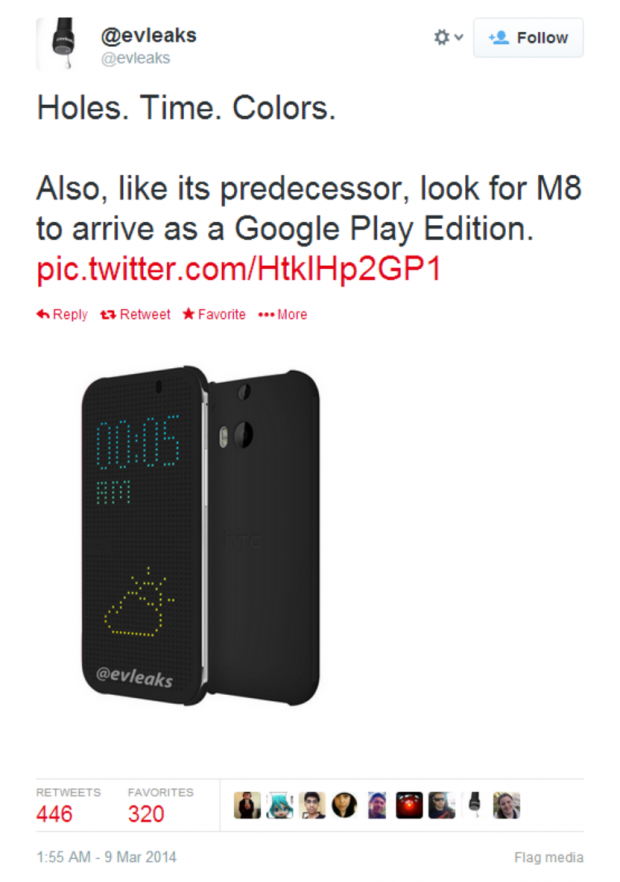 @evleaks is behind the picture, posting on its Twitter page a press image of the new One smartphone with its new cover installed. The new case looks like a new Lite Briight, but sees information littered across the back of it along hundreds of dots. It looks like it could be a real eye-catching cover, something that will definitely have the One successor stand out from the rest.

Now all we need is Robert Downey Jr. rocking this smartphone and cover in a new ad. If the cover is customizable, where you could have your own words, logo or basic picture on the back, this could really be something worth talking about.