Titanfall is currently in the hands of some lucky people who were able to nab the Respawn Entertainment shooter before its retail launch, where the Xbox One versions of the game requiring a huge 840MB day one patch. 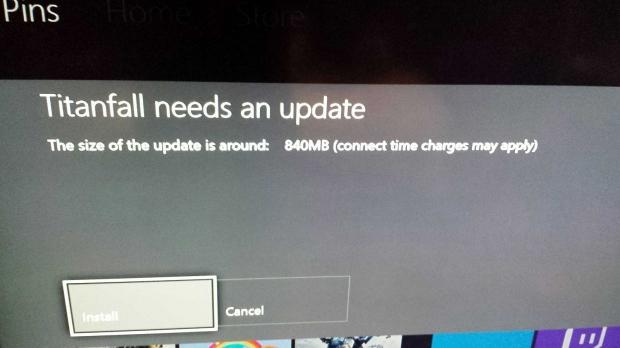 Once Titanfall is open to all, the 840MB patch is going to be downloaded by hundreds of thousands of gamers simultaneously, which will most likely stress the Xbox Live servers - but hopefully not. Titanfall's day one patch isn't as big as Dead Rising 3's stupidly large 13GB patch, but an 840MB day one patch is still a big downloading pill to swallow.