Today Nokia saw its upcoming Lumia 630 windows phone leaked by the infamous leakster @evleaks via his Twitter account. If true the new Lumia 630 brings back the vivid and rich hues that Nokia was famous for in its earlier Lumia smartphones. The leak shoes the Lumia 630 in a very bright orange, yellow, and green with white and black also being present. 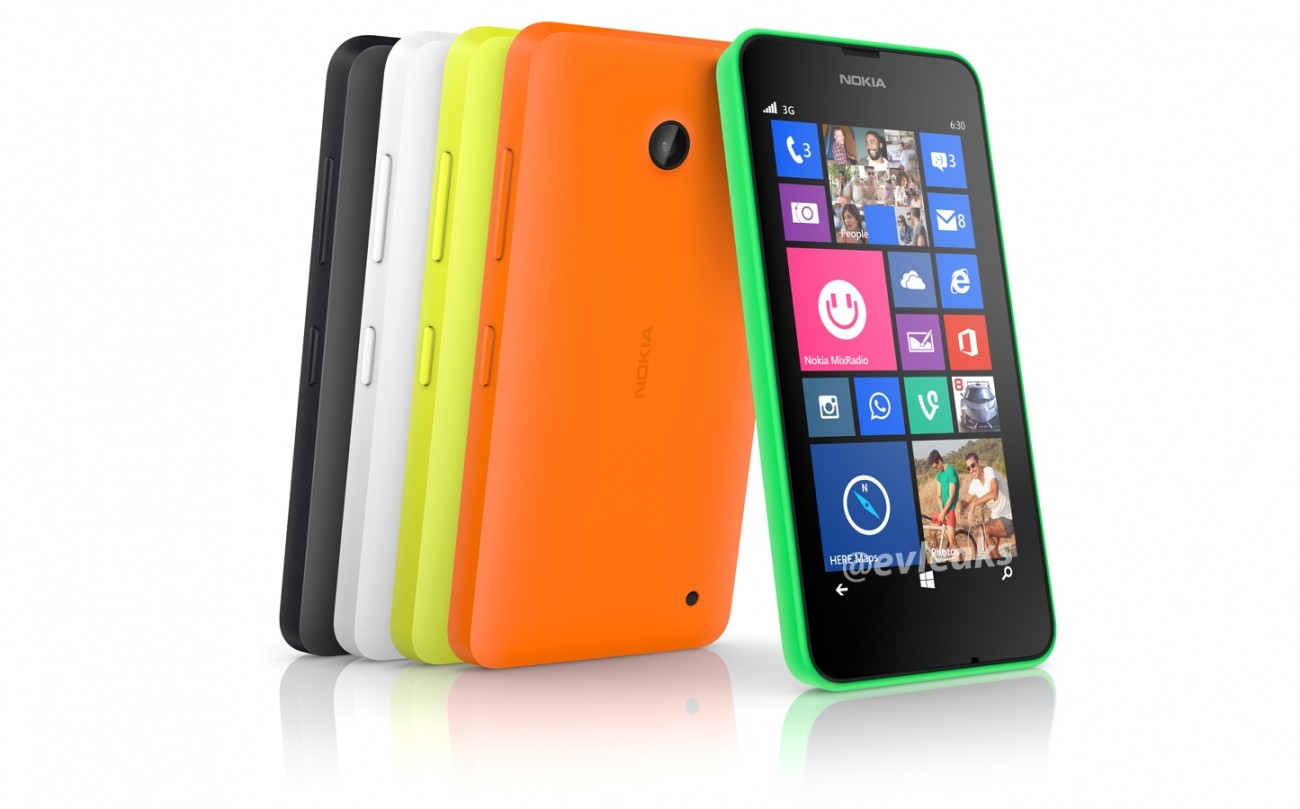 The Lumia 630 is not much to get excite about though as it features a 4-inch screen, 1GB of RAM, and a dual-core processor. If recent rumors are true, then Nokia will also release a 635 variant that has provisions built-in for a dual-SIM setup, but nothing has been confirmed as of this writing. We expect for Microsoft and Nokia to launch the Lumia 630 during Microsoft's upcoming Build Conference where many expect Microsoft to map out the future of Windows Phone.