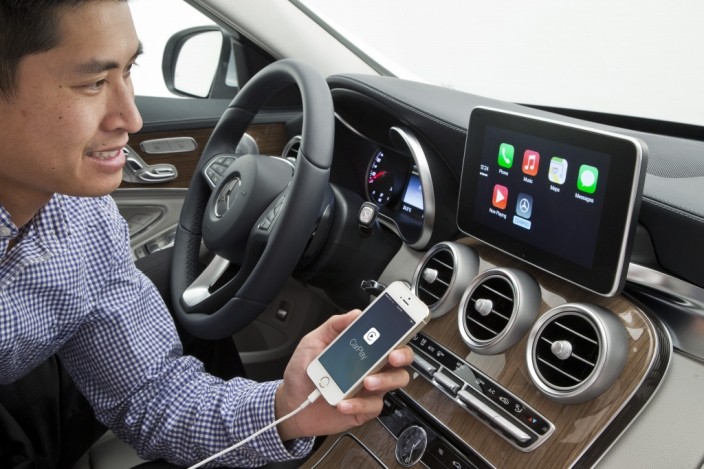 One downside for users that are interested in this system is that it will only be in brand new 2014 and up vehicles. Mercedes doesn't want to leave owners of older models of its vehicles out. MB has announced that it will have an aftermarket solution for adding CarPlay available by the end of the year.

The aftermarket system will be able to display CarPlay visuals on the in-dash screens of select vehicles. Mercedes hopes to have it available by the end of the year. It's unclear at this point, which vehicles the Mercedes CarPlay system will work for. I would wager it would only be for select Mercedes cars rather than something you can buy and put inside any make of vehicle.