We have been following the Google Barge for a while now. The barge was first spied sitting at its dock at Treasure Island in San Francisco. Google was forced to move the barge not long ago because it didn't have the proper permits needed for construction. 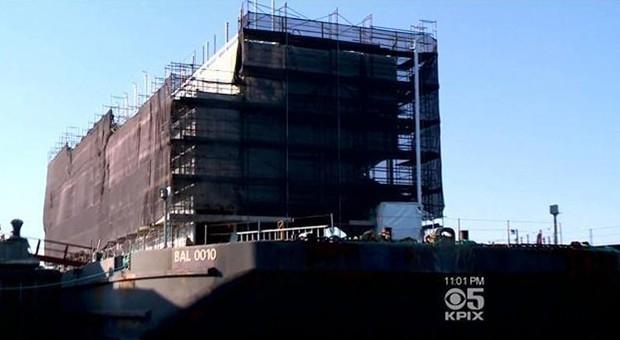 Google has reportedly agreed to pay the port docking fees for a minimum of three months. The lease could be shorter or longer depending on construction needs according to Stockton port director Richard Aschieris.

Google is still working on the four-story structure that sits on the barge. So far, no firm details have been offered, the barge is expected to be used as a mobile showroom of sorts. It is one of three barges that Google is working on with others in LA and New York.