Some of you might remember when Goophone listed a knock off of Samsung's Galaxy S5 just hours after the phone was launched, but the company has taken it another step this time. With more than two weeks before HTC is expected to launch its HTC One 2 smartphone, Goophone already has a knockoff for sale on its website. 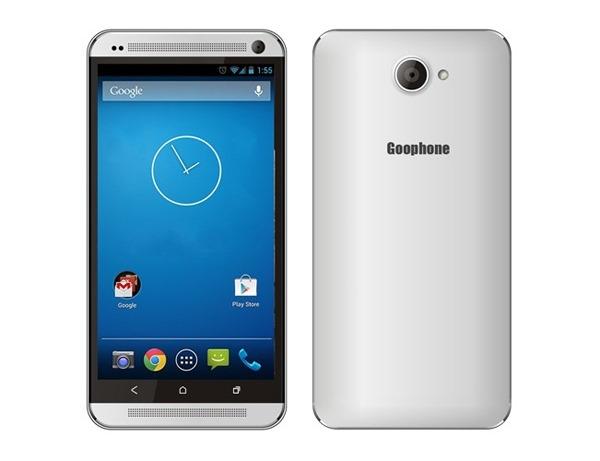 The only thing that appears to be the same on the Goophone M8 is the front facade which appears to feature the thin aluminum bezel as well as dual speakers and camera locations. The phone it self features a slower processor, 1GB of RAM and only supports 3G data connections. Flipping the device over and you will see that the dual camera's we have seen on leaked images of the official M8 is gone, and there are no seams in the rear housing where antennas would be. This leads us to believe that the rear of this device is plastic. The knock-off sells for $230, but I would strongly advise against purchasing it.