Facebook's messenger app has been available on Android and iOS for quite some time now but has taken its sweet time arriving on Microsoft's Windows Phone platform. Today Microsoft announced that Facebook Messenger is now available for for download in the Windows Phone store. The app is quite similar to its counterparts on Android and iOS, with features like group-chat, stickers, and picture messaging, but the nifty Chat Heads feature is missing. 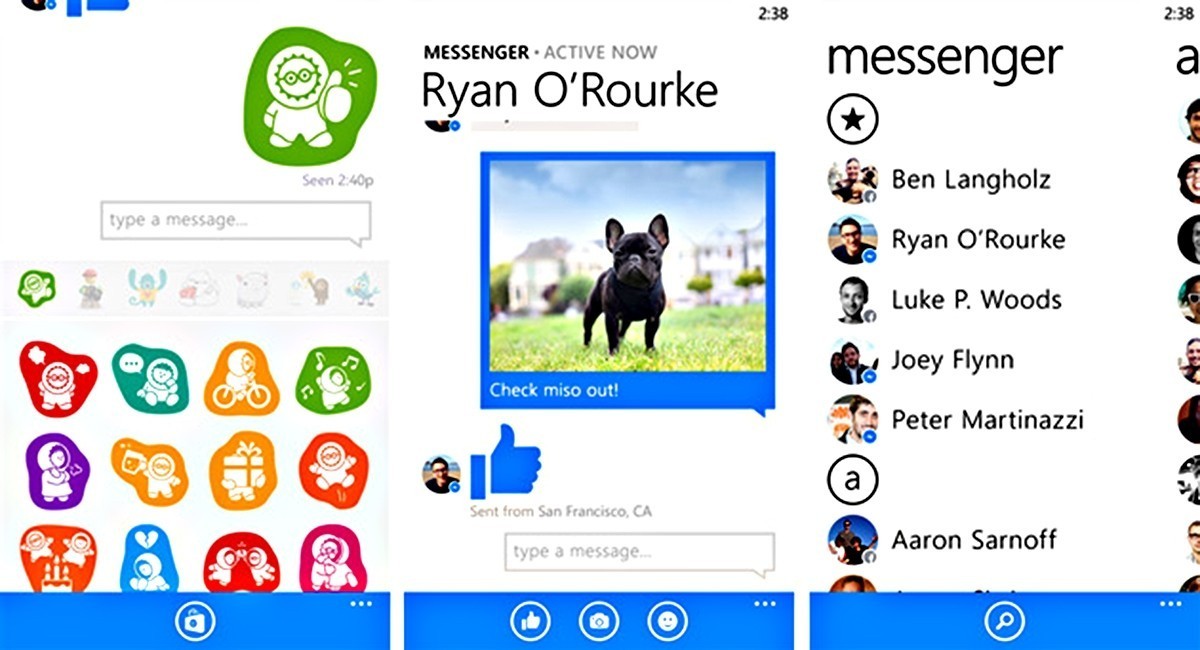 Industry analyst are quick to point out that Facebook Messenger has arrived just before Microsoft releases its next update to Windows Phone 8.1, an update that will see Redmond pull back from some of its integration of FB and Windows Phone. This is a move that will allow Facebook to handle more of the functionality itself through separate apps, just like it does on iOS and Android. The Windows Phone 8.1 Update is expected to arrive in early April, but that date could change if any delays occur in the mean time.