Samsung is really going all out with its Galaxy S5, which will be pumped with $500 worth of premium app subscriptions and services. Samsung is calling this Galaxy Gifts, which will include long-term subscriptions to fitness, productivity and lifestyle apps.

Premium app upgrades and subscriptions will also be provided, including The Wall Street Journal and Bloomberg Businessweek. When totaled up, the Galaxy S5 will be loaded with as much as $576 worth of content. The six-month WSJ subscription comes in at $160, three months of LinkedIn Premium costs $75 and the six months of 50GB storage with Box comes in at $60.

Samsung will also provide a bunch of fitness tracking and lifestyle apps, a full year of Lark's premium service, a year of Run Keeper's elite membership, and six months of premium membership to Map My Run and Skimble. Three months of Evernote premium, three months of 1TB of storage from Bitcasa, and over $50 in freebies from PayPal (through participating retailers) will also be given to Galaxy S5 owners. 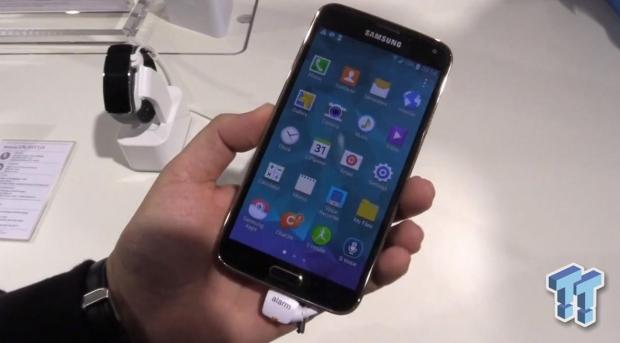