One of my favorite Nintendo game characters has always been Yoshi. He was my go to character in Mario Kart. If you like Yoshi, Nintendo has some cool news. A new Yoshi 3DS XL portable console is coming this month. 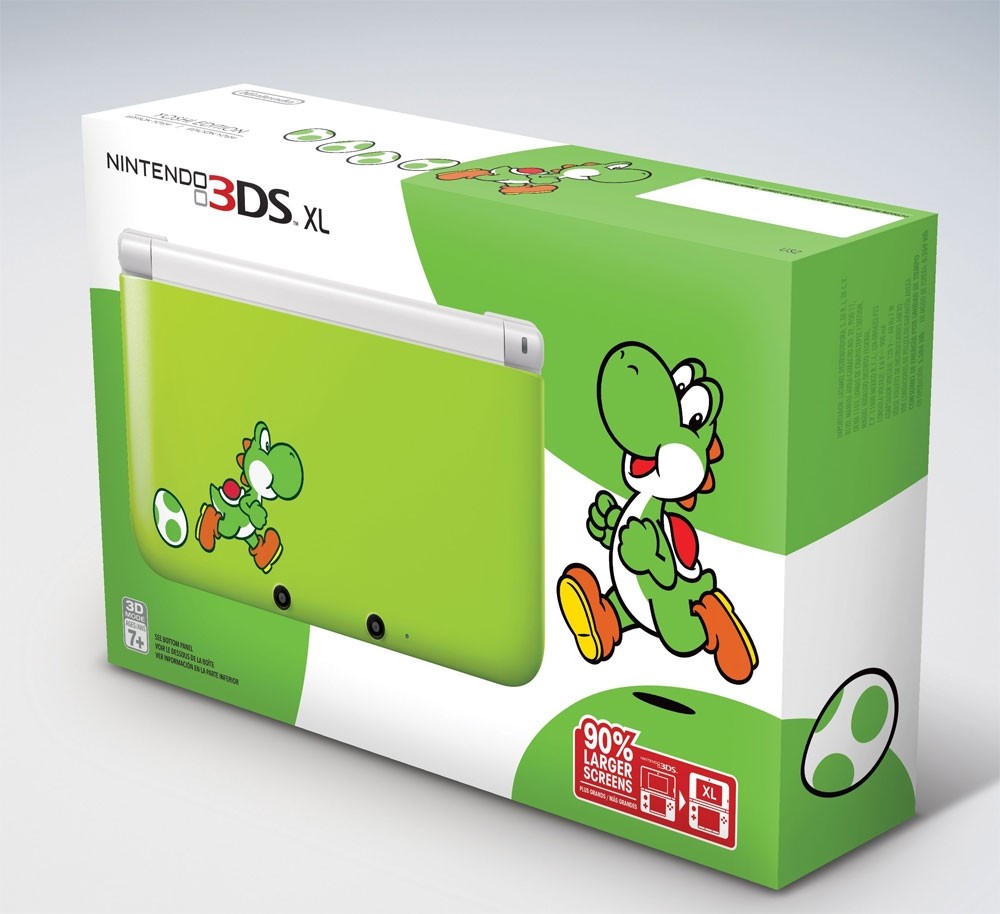 The special edition console will launch on March 14. That is the same day the video game Yoshi's New Island will launch. The console has a lime green cover with Yoshi and an egg on front. The back of the console is decorated with a number of Yoshi eggs.