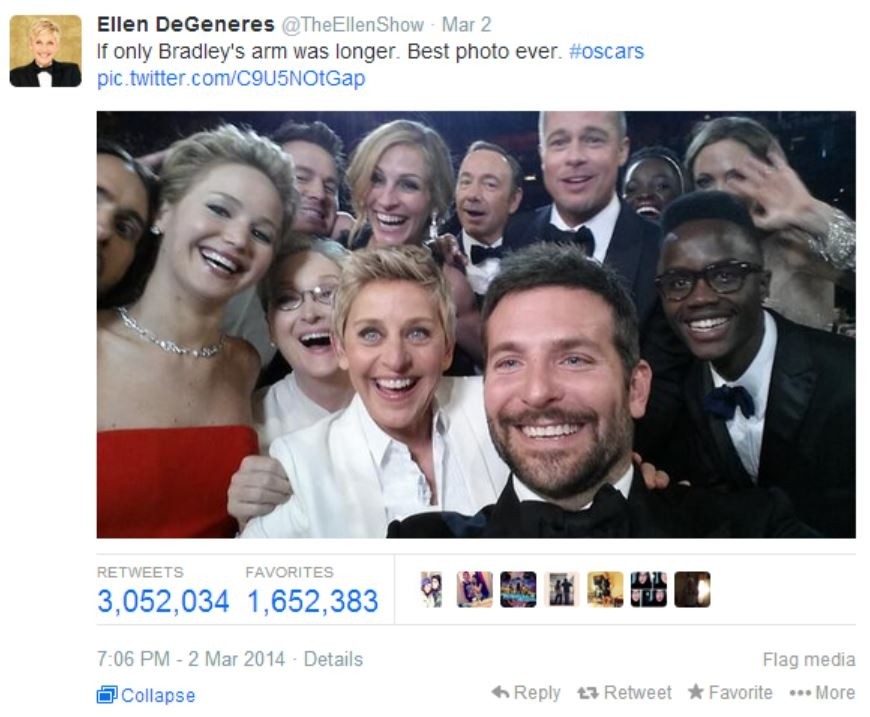 Shortly after Twitter went down, DeGeneres said: "We got an email from Twitter and we crashed and broke Twitter. We have made history". Bradley Cooper, star of American Hustle, took the picture, which was posted up to Ellen's Twitter account. He took the picture using the front-facing camera on a Samsung smartphone.

You can see a number of celebrities in the shot, including Kevin Spacey, Jennifer Lawrence, Brad Pitt, Meryl Streep, Angelina Jolie and more. The selfie saw an amazing, record-breaking 3 million re-tweets. The previous record was from US President Barack Obama, with his "Four More Years" re-election victory shot. Obama saw over 780,000 re-tweets, but now DeGeneres' re-tweet has blown that out of the water.